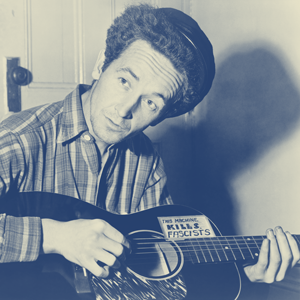 OMA's mission is to provide a free online venue for the live performance of original songs and to support and encourage the "brick and mortar" Open Mic community.

"I've had a life rich in experience... Common Laborer, Counselor of Delinquents, Journeyman Brick Layer/Stone Mason, Construction Company Owner, Web Developer, Restaurant Owner. In the game of life, I've won some and lost some. But through it all, my guitar has always been there, a friend to be counted on.

When my dad first heard me sing at age 16, he said: "Dave, if you want your name in lights, you're going to need to buy a bar" (back home in NE Pennsylvania, the old time bars just had the family name in neon in a window). But I kept trying, I simply loved doing it. I wanted to play the songs of my heroes!

When I moved to Nashville in '78, I was playing music at home but never dared to play "in front of people". Fast forward to the year 2013 when, having wrapped up business affairs, I set out in a motor home for California. I landed in San Jose where, trembling, I played my first Open Mic. I had exactly one song that I could play with some degree of confidence... you guessed it, "Blowin' in the Wind". Since then I've traveled up and down the West coast from San Diego to Vancouver, BC playing all the Open Mics I could find. To date, the number is over 550 including maybe 100 or more Zooms. I finally quit my rambling ways and settled in Portland, a city with a thriving Music community.

I've come to believe that Open Mics are truly a force for good! My own life experience taught me well. I walked into rooms as a stranger and people said "Welcome". I struggled with playing skills and people said: "Let me help". If I performed poorly, people said "Good job". Open Mics taught me to be a better person!

In his autobiography, "Chronicles", Bob Dylan said something to the effect that he felt he had become part of an "invisible nation", made up of people who love and PLAY music... who share the songs and the stories of our culture. It is my hope that Open Mic America will become the place where finally our "nation" will have a place to thrive without commercial constraints holding us back!." dave@capoDaveWilliams.com

Performing Songwriter, Violinist, Music Teacher, local Zoom Open Mic Host
Daphna was 1/2 of the Rahmil & Barley vocal/guitar/violin duo, performing in concert and for special occasions all around Northern California for over 10 years. She is also an award-winning songwriter (West Coast Songwriters, Sweet Adelines International), and loves to perform in English, Yiddish, Hebrew and sometimes French, and to sing Barbershop.

Daphna’s first musical love was the violin, and she is currently a member of the Camellia Symphony Orchestra in Sacramento. She was the violinist in the SF Bay Area Klezmer band The Klezmakers, and has done studio work for various local artists.

Pre-pandemic, Daphna taught classroom music for preschoolers through first graders for over 30 years. She currently uses her classroom skills, combined with her love for live music, to host the twice-a-week Open MicOrona Zoom open mic for her beloved acoustic music community. She will be marking her 100th session in March, and looks forward to hosting a national event for songwriters!

Musician, TV/Music Producer, Host/MC, Recording Artist, Songwriter, Performer
Pete provides artist development, collaborating with other songwriters and recording and has been performing music since his youth. He played guitar and banjo in rock/folk/country/blues/pop bands and performed in concerts and clubs throughout Southern California. Pete recorded with his own groups and on sessions at LA Studios and for 20+ years has been involved in Hi-Tech Sales/Marketing & Broadcast TV.

Voice Actor, Singer, Hostess with the Mostest
Laura has been involved with music and performing since she was small. She's performed with school choirs and bands, been onstage in many plays and musicals, and even strutted down New york's 5th Avenue with the Spirit of Stony Brook Marching Band. In the before times, Laura hosted karaoke at California's Great America and guided guests through the maze of the Winchester Mystery House. Currently, she's a proud member of the Bay Area Showcase Chorus, singing barbershop with the Sweet Adelines.

Laura loves showing people a good time and using her voice to bring characters and stories to life through storytelling. When she's not doing that she's at home playing with her pets: Martini, Tippy, Potato, Spahm and Kintsugi.

Performing Songwriter, Professional Editor, Author, Writing Coach
Alice Osborn is a Raleigh-based singer-songwriter who performs folk Americana rooted in the New South. Her music features upbeat tempos, poignant lyrics, catchy melodies, and powerful vocals—check out her latest creation, Searching for Paradise, an album packed with story songs about losing and finding home and hope. She’s currently at work on an album about the powerful women’s voices of the ill-fated Donner Party, as well as a novel that takes place 12 years after the tragedy—she calls it a “Donner Party reunion/redemption story.” Alice’s acoustic originals are influenced by diverse artists such as Natalie Merchant, Richard Marx, and Mary Chapin Carpenter.

In addition to her work in music, Alice is a professional editor, author, and writing coach. She is the author of four books of poetry (the most recent is Heroes without Capes) and she teaches memoir, poetry, and songwriting workshops to writers and creatives around the corner and around the world. She proudly serves on the Board of Trustees of the NC Writers’ Network and is the President of the NC Songwriters Co-op.

Singer, Songwriter
TK is a veteran of numerous Zoom Open Mic events, being a regular participant of OpenMiCorona (co-host), Cafe Lift, and Songwriter Soiree. Listeners have described his music as “traditional country with soul.” As a multi-instrumentalist and songwriter, TK uses three chords and a strong baritone to "tell the truth" in his imagery-laden stories. He draws influence from artists in the mold of Randy Travis, George Strait, George Jones, Merle Haggard, Tracy Lawrence and others. You can find his debut EP "These Three Chords" on all online streaming services.

Singer/Songwriter, Teacher
Matt is a Portland-based singer-songwriter and songwriting and guitar teacher. He hosted the Songwriter Roundup open mic at Artichoke Music for more than a decade, and has taught his weekly Songwriting as Truth-Telling class since 2009. Matt co-founded and hosts the annual Hidden River Songwriting Camp and an annual week-long songwriting retreat in Donegal, Ireland.